The death of George Floyd, Breana Taylor and many other African Americans who have died at the hands of police officers have forced us to rethink how policing is done.  Policing must be done differently.  We need to address the problems that lead to crime in our communities such as addiction, domestic violence, unemployment and poverty.  We need to reallocate money to these areas to lower the crime rates in our communities.  The criminal justice system in America and specifically Maryland have incarcerated too many Black and Brown people for minor non-violent offenses.  Mass incarceration is a humanitarian issue with more people under state control serving parole and probation as are behind bars.  Having a criminal record affects your employment and housing.  I will fight to ensure that laws are fair, so people are not arrested and affected by senseless issues. I am in favor of changing the cash bail system in our State.  There are too many innocent poor people in jail because they cannot pay $50 for bail.  Our justice should not be tied to how much money we have in the bank.  Moreover, jails should be used for only violent offenders and those who are repeat offenders.  We should not spend so much money on locking people away.  We also must have appropriate programs in place for our returning citizens. If we do not have programs after people leave jail, they will be more like to return.  My criminal justice reform priorities

My vision is a community where residents have access to every resource they need to be successful. My goal is a community that is educated, productive, healthy and safe.

Individuals and organizations work together for the greater good. This environment will allow residents to thrive and be their best. 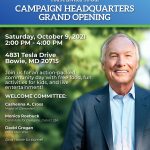 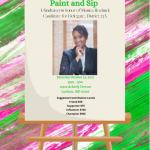 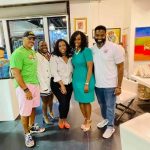